After 30 years of honored career, in 1995, the master Pacifico Mirco D’Este decided to leave the reins of the company to his sons Davide and Fabiano, who with passion, skill and innovation refine the ancient Murano manufacturing techniques handed down by his father. The years pass, the times evolve and the production in traditional style is gradually added over the years also to that of modern design.

In this regard, to further improve, in 2018 the master Franco Zane becomes part of the team. Franco in his long apprenticeship has collaborated with the most established contemporary Murano glass masters such as Lino Tagliapietra, Romano Donà, Alberto Donà, and with his entrance the Vetreria Artistica D’Este P. evolves and becomes D’Este & Zane Art Glass .

The art of glass

Why glass? Due to its malleability from heat and hardness from cold, as well as the proverbial beauty and refinement, it is considered a material of great charm. Over the centuries, man has customized techniques and styles, making the island of Murano famous all over the world.

Goals for the future? Authenticity and artistic expression! Preserve the tradition of Murano glass and continuously stimulate creativity!

Elegance and transparencies enhance the processing of these precious works, worked with ancient techniques called reticello filigree and zanfrico filigree. The complexity of these processes require a great deal of skill on the part of the glassmaker D’Este. For the reticello technique, transparent glass rods are prepared with very thin strands of white or colored glass inside, then placed in the oven to heat up to 1200 °. They are joined together, twisted and blown, creating a very thin net of diagonal threads.

In zanfrico processing, the rods are arranged on a plate with equal segments in parallel. The rectangle formed is then collected and heated in the oven forming a cylinder which is processed.

From plays of color embellished with 24 k gold leaves, works made with murrina are born like flowers. This technique was already known in the first century BC. consists in combining glass rods of different colors, heated together so as to form a single rod which is elongated and subsequently cut into washers, thus composing designs. These are then arranged according to the creativity of the master and used to shape vases, glasses, etc. The passion for handcrafted creations stimulates us to spread this great Murano characteristic to all lovers of Made in Italy. The Italian and foreign shops remain our most valiant leaders for the spread of our art.

Do you want more information? Write to us now! 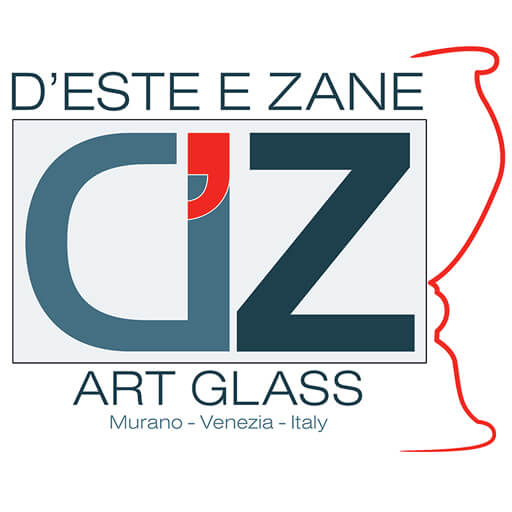